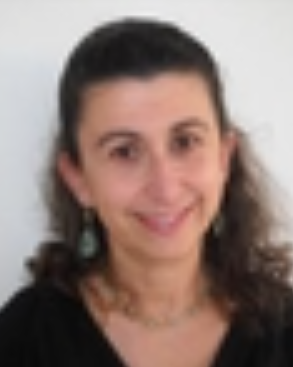 In 1985 she took her Laurea degree in Physics with honors at the University of Rome. Dr. Flammini is currently an Associate Professor of Electrical and Electronic Measurements at University of Brescia. Her current research interests include smart sensors, wireless sensor networks for industrial applications and metering, synchronization, Software Defined Radio, smart grids and power line communications.

Her career started at the Motor Drives department of Ansaldo Industry (1985-1992), where she was responsible for the Research and Development section for digital controls. In the following years she worked for other Italian companies. In 1995 she joined the University of Brescia as a Researcher in Electronics and, since 2002, she has been an Associate Professor of Electric and Electronic Measurements. She leads a group of young researchers, is the author and co-author of over 150 papers (published on international journals and conference proceedings) and holds 4 international patents. She has been responsible for several research programs, funded by the Italian Government and Companies.

Since 2011 she has coordinated the research activity in the field of “measurements for industry” of the Italian association of Electrical and Electronic Measurements (GMEE).

In her academic activity she has always assigned great importance to applications developed in partnership with industrial companies (ABB, Siemens and others). Since 2004 she has the scientific responsible of the Italian Competence Centre of Profibus and Profinet and has been a voting member of sub-committee 65C (Digital communications for control systems) of Technical Committee 65 (Control and measurement in industrial processes) of CEI (Italian Electrotechnical Committee). Dr. Flammini is a member of the Editorial Board of "Automazione Oggi", an Italian magazine in the field of automation that is well received by industrial people, and, since 2011, she has been a member of the scientific committee of SPS-Italy, the most important industrial exhibit in the field of automation.

In 2009 she was General co-Chair of the International Symposium on Precise Clock Synchronization for Measurement, Control and Communication (ISPCS 2009), in 2012 she was General Co-Chair of the IEEE Sensor Application Symposium (SAS2012), and, in 2013, she will be Technical Program Chair of SAS2013. She has been a member of the Technical Program Committees of several IEEE Conferences (IMTC, I2MTC, ISPCS, WFCS, ETFA) and is a reviewer for IEEE Conferences and Journals (IEEE Transactions on Instrumentation and Measurement, for which she received the Outstanding Reviewer Award in 2011, IEEE Transactions on Industrial Electronic, IOP, …).