About the Video Tutorial Program

Interested in submitting a tutorial? Please see below for more information.

If you have any questions, please contact the Editor-in-Chief of the Video Tutorials Program for more information. 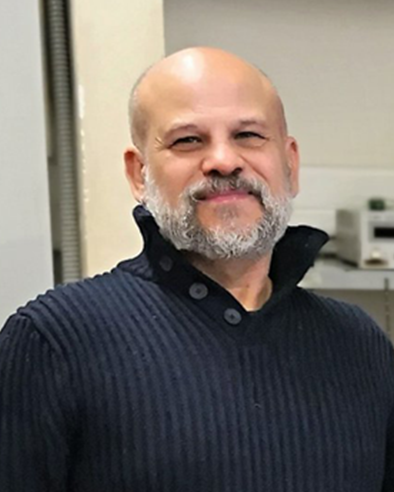 Since 1990, he has been with the Dipartimento di Ingegneria Elettrica, Elettronica e Informatica, Università di Catania, where he is currently an Associate Professor of electric and electronic measurement and instrumentation. He has coauthored several scientific articles and books. His primary research interests lie in the field of sensors and actuators, and soft sensors. 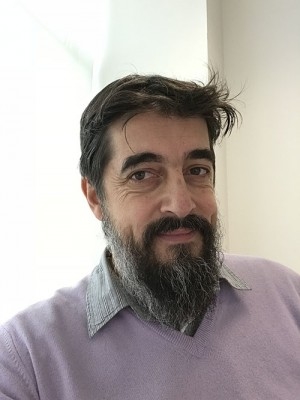 Daniele Fontanelli (M’09) received the M.S. degree in Information Engineering in 2001, and the Ph.D. degree in Automation, Robotics and Bioengineering in 2006, both from the University of Pisa, Pisa, Italy. He was a Visiting Scientist with the Vision Lab of the University of California at Los Angeles, Los Angeles, US, from 2006 to 2007. From 2007 to 2008, he has been an Associate Researcher with the Interdepartmental Research Center ``E. Piaggio'', University of Pisa. From 2008 to 2013 he joined as an Associate Researcher the Department of Information Engineering and Computer Science and from 2014 the Department of Industrial Engineering, both at the University of Trento, Trento, Italy, where he is currently an Assistant Professor. He has authored and co-authored more than 100 scientific papers in peer-reviewed top journals and conference proceedings. His research interests include human localisation algorithms, synchrophasor estimation, clock synchronisation algorithms, real-time estimation and control, resource aware control, wheeled mobile robots control and service robotics. 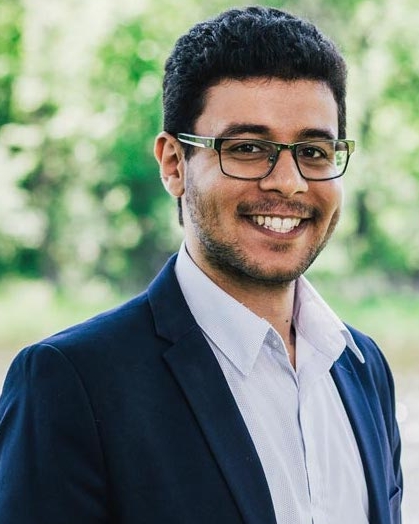 Mohamed Abdelazez is pursuing his PhD in Electrical and Computer Engineering and is a Vanier scholar at Carleton University. His Master’s thesis title was “Electrocardiogram Signal Quality Analysis to Reduce False Alarms in Myocardial Ischemia Monitoring” and was on signal quality and its application in reducing false alarms. Mohamed’s master’s thesis received a Senate Medal from Carleton University. His current area of research is the detection of Atrial Fibrillation in compressive sensed ECG. Outside of academia, he is the vice-chair of IEEE EMB Ottawa Chapter. 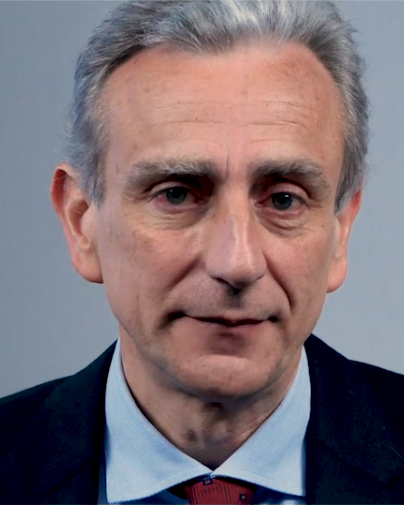 What is Impedance and Dielectric Spectroscopy? (Intro) 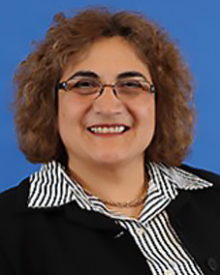 Dr. Rosario A. Gerhardt is Professor of Materials Science and Engineering at the Georgia Institute of Technology in Atlanta, Georgia, where she has been on the faculty since 1991. She was named Senior Goizueta Foundation Faculty Chair in 2015.  Before coming to Georgia Tech, she worked at the Center for Ceramics Research at Rutgers- The State University of New Jersey for six years after receiving her doctoral degree from Columbia University.

Prof. Gerhardt’s research focuses on determining structure-property-processing relationships in a wide range of materials including metals, polymers, ceramics and their composites. She is the author or co-author of over 200 refereed research articles, five patents, and has edited five books. Her publications include research on the synthesis and fabrication of single-phase and composite materials and their electrical, optical and microstructural characterization. Her research aims to provide linkages between the underlying structure of the material and key responses that may be used for enhancing sample fabrication, electrical conductivity, charge storage, or for chemical sensing or mechanical degradation detection. Dr. Gerhardt’s research illustrates the importance of characterizing the microstructure of materials and devices at all length scales. Her research has been funded by the National Science Foundation, the U.S. Department of Energy, NASA and many industrial companies.

She currently serves on the Science Review Committee of the Spallation Neutron Source at ORNL and the Defense Materials, Manufacturing and Infrastructure Standing Committee at the National Academies. Prof. Gerhardt has been a member of The American Ceramic Society continuously since 1982. From 1996-2001, she served as an Executive Officer of the Electronics Division of ACerS. Dr. Gerhardt was elevated to ACerS Fellow in 2000. 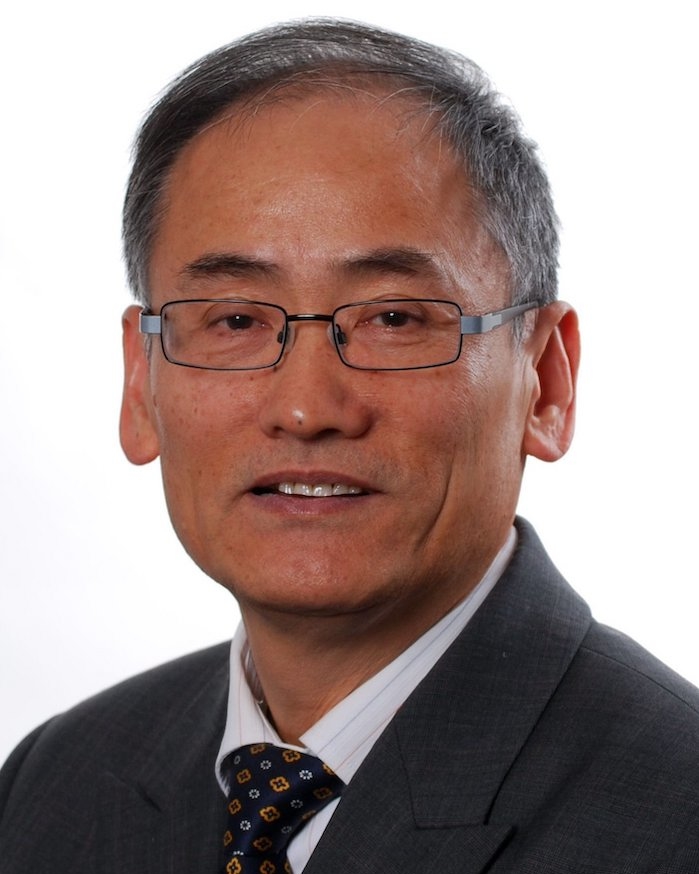 Professor Wuqiang Yang (FIEEE, FIET, FInstMC, CEng) received his BEng (Distinction) 1982, MSc 1985 and PhD (Distinction) 1988, from Tsinghua University. After 3 years as a Lecturer at Tsinghua University, he joined UMIST in 1991 and became Professor in 2005. Currently, he is Director of Business Engagement and Innovation in the Dept. of Electrical and Electronics Engineering. His research is focused on electrical capacitance tomography (ECT) and industrial applications. He has published 400 papers and two books "Sensor Array" and "Imaging Sensor Technoligies and Applications", and holds 10 patents, including 2 WO patents. He is an Associate Editor of IEEE Trans. IM and IET Sci. Meas. Technol. and editorial board member of 7 other journals, including Meas. Sci. Technol. and Sensor Review, and reviews papers for >50 journals. He has been invited by many universities and research institutions worldwide and international conferences to give lectures/seminars/keynotes. From 2010 to 2016, he was an IEEE IMS Distinguished Lecturer. He is a visiting professor at 8 universities, including Tsinghua University. In 2006 he received Global Research Award from the Royal Academy of Engineering and took sabbatical leave at Massachusetts Institute of Technology (MIT) in USA as a visiting professor. He is one of key organisers of IEEE International Conference on Imaging Systems and Techniques. He organised many special issues as a Guest Editor for IEEE Trans. IM, Meas. Sci. Technol., Sensors and other journals. In 2016 he stayed at Chiba University in Japan as a JSPS Invitation Fellow. He will visit Chiba University again as a JSPS Bridge Fellow. He is recognised by International Center for Scientific Research (France), as one of top 30 technology researchers in the world, and Intota as an expert. His biography has been included in Who's Who in the World, Who's Who in Science and Engineering and Who's Who in America since 2002. In 2019, he set up a joint research lab for touch sensors for domestic robots between University of Manchester and Beijing Tashan Co. Ltd.

Video tutorials will be stored and managed by the Society. Each Video Tutorial package will consist of the following items:

A video may be submitted, at any time, by interested author(s) or can be invited by the Editor-in-Chief (EIC). The final video will consist of a recording of the author presenting the material with the aid of an electronic presentation (in the form of a .pptx presentation or any other suitable form). The author is responsible for preparing the presentation prior to the recording section and for providing a list of keywords. The presentation material should be sent to the EIC, in .pdf format, prior to the recording session, for a preliminary assessment of the content.

The Editor-in-Chief will be responsible for overseeing the review process. Review of the content of each presentation will be viewed by no fewer than two, but preferably three, Associate Editors. For Video Tutorials invited from within selected I2MTC (or similar) Tutorials, the review process is performed by the Tutorial Chairs and the Video Tutorial Editor-in-Chief.

After recording each video, the final tutorial shall be reviewed prior to publication by the Editor-in-Chief. Authors may be required to amend the recording according to the reviewer’s suggestions.

Video tutorials will be between 15 and 20 min in length.

All videos will start with an initial (cover) slide, which may be downloaded here. The cover slide can be tailored to the presentation topic but must include the following information: Presenter Name, Presenter Photo, Tutorial Title, and Series Type. The options for Series Type are:

An example of the slide is shown below in Fig. 1.

The last slide of the presentation must contain a reference list to assist interested viewers with further investigation of the topic.

The video can be recorded either during recording sections that coincide with conferences (such as I2MTC), or recorded directly by the author(s) themselves. When the recording will occur during a conference, each author will be informed in advance of the recording location and schedule. These sessions are primarily intended for conference attendees, and no financial support for travel expenses, conference registration, etc., is available.

Videos other than the ones recorded during conferences will be recorded by the authors, who will need to record and edit the final video.

The EIC will organize the recording session. The location of the session will be established by the EIC. A Recording Service Supplier (RSS) will take care of the recording sessions. The RSS will be in charge of providing all required video recording resources and post-processing the videos.

The typical resources provided by the RSS are:

After video recording, the RSS will be in charge of the video post-processing. A first release will be provided to the EIC. After completion of this phase, the edited video will be sent to the Author for approval (provided within two weeks of receipt of the video) and will be allowed to request further minimal changes. Such requests, if relevant to the video quality, will be forwarded to the RSS for final video editing, but are not guaranteed to be implemented. The final version will be sent back to the author for final approval. At this time, she/he will provide the filled and signed corresponding Consent and Release form, a list of keywords, a CV, and, if relevant, the Assessment Question List.