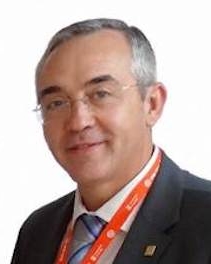 Since 1986, he has been with the Department of Electronics, University of Alcalá, currently as a Full Professor. During the period 1993-1997 he was the Head of the Department. He has directed or collaborated in more than 40 educational and research projects in the area of electronic control and sensorial systems for mobile robots and assisted wheelchairs and in the area of electronic distributed systems for railways.

Dr. Ureña has co-authored more than 130 papers in International Journals and Conferences.

Dr. Ureña is member of IEEE (Instrumentation and Measurement Society Membership). He has been or is in the TPC of several IEEE International Conferences as WISP, I2MTC, ETFA, VECIMS, ICARA, ... He served as the General Co-chair of WISP2007 and as the Special Session Chair in WISP2009.